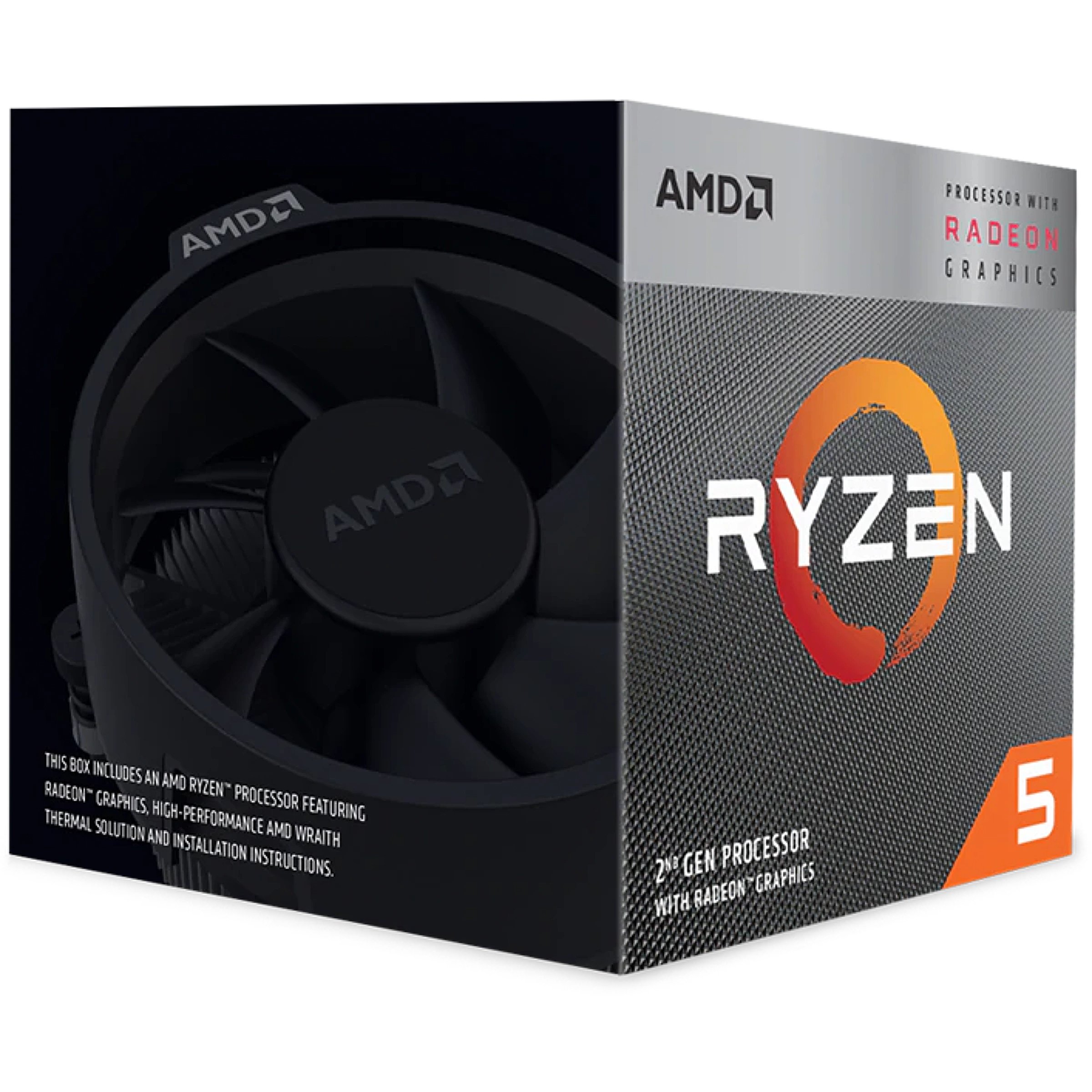 Picture may differ from actual product, there can be accessories and parts not supplied with the actual product.
ID: 328731 Product code: YD3400C5FHBOX
Goods are not available at the moment We do not accept orders for the delivery of this product. We do not have information as to when this product will be available. Our suppliers currently do not provide information about possible delivery times of the product and the possible price when it is on sale again.

Warranty: 3 years
Main product parameters All parameters
Similar Products
Description
All parameters
Threads : Eight Core
Processor type Ryzen 5 APU
The CPU type indicates the CPU models set by the manufacturer based upon their capacity and the application features. For Intel CPUs these are starting from most powerful - Core i7, Core i5, Core i3, Core 2 Quad, Core 2 Duo, Pentium Dual Core and Celeron models.
Processor number Ryzen 5 3400G
The manufacturer of processors AMD has introduced the numbering system which permits to accurately identify each processor manufactured by AMD and its compatibility with the motherboards. Prior to buying the processor you should verify the support provided by the processor with the relevant number at the website of the manufacturer of the motherboard.
Socket Socket AM4
This parameter determines the CPU socket on the mother board for which the particular CPU is intended. Physically the CPU can be placed in the compliant socket only. Prior to buying the CPU you should verify that your motherboard has the corresponding CPU socket.
CPU Architecture : Picasso
Cores 4
The number of the CPU cores is the parameter of the operation speed and stability. CPU with two or more cores can handle tasks in parallel, thus achieving extra high-speed and the system stability. Prior to buying a multi-core CPU you should verify if the motherboard supports this type of CPU.
Clock rate 3.70 GHz
The CPU clock frequency is the index of operation speed that determines the number of calculation cycles that the CPU can perform per second. Higher clock frequency means higher operation speed.
Turbo frequency : 4.20 GHz
Cache 4 MB